COVID-19 and Creative Things to do at Home 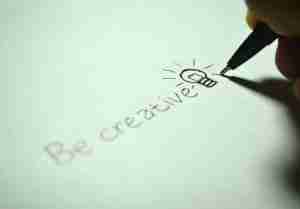 Are you looking for creative things to do at home? We have compiled a list of some interesting ideas!

Whether you are hunkering down, sheltering in place, staycationing, or whatever you term our time as we are trying to be safe during COVID-19, there is something for everyone in this list.

I covered some of the positives of COVID-19 that people who have subscribed to the Rock Your Retirement Facebook group offered in a previous podcast episode. That list is still growing, which is attributed to the creativity of our listeners Thank you for all your contributions! It is great to think positively during all of this.

The Atlanta Zoo has a PandaCam.

Like Meerkats?  Check out the Chattanooga Zoo's webcams which also include snow-leopards, tamarins, and spotted genets.

Clearwater Marine Aquarium‘s Mission is to Rescue Rehab and Release.  Watch them live.

Another great place to view animals is Explore.org (fair warning, you'll have trouble choosing which cam to follow)

The Georgia Aquarium even has a Beluga Whale Cam

The Houston Zoo has several cams, including leafeater ants.

The Kansas City Zoo has Orangutans, Penguins, Otters, and Giraffes. 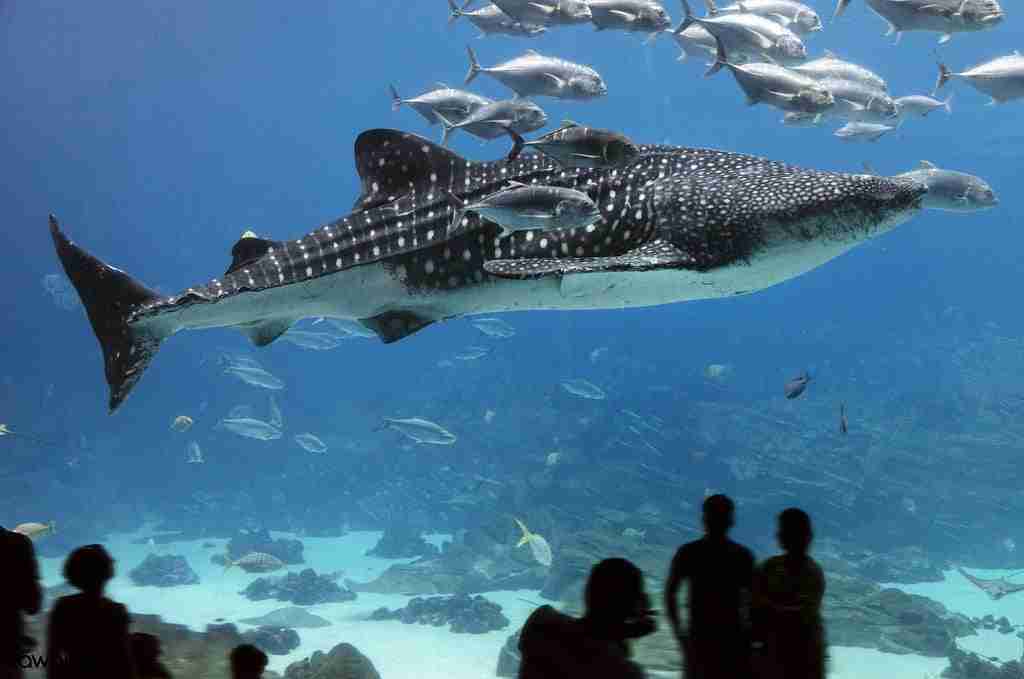 The Vancouver Aquarium has Otter, Jelly Fish, and Penguin Cams

Virtual roaming of Disney World in Orlando, Florida, and Disneyland in Anaheim, California.

Go for a virtual ride on a rollercoaster. YouTube is filled with rollercoaster ride recordings that let users envision themselves on attractions at Disney resorts, from the Incredicoaster at Disney's California Adventure park to the “Frozen” Ever After ride at Walt Disney World. 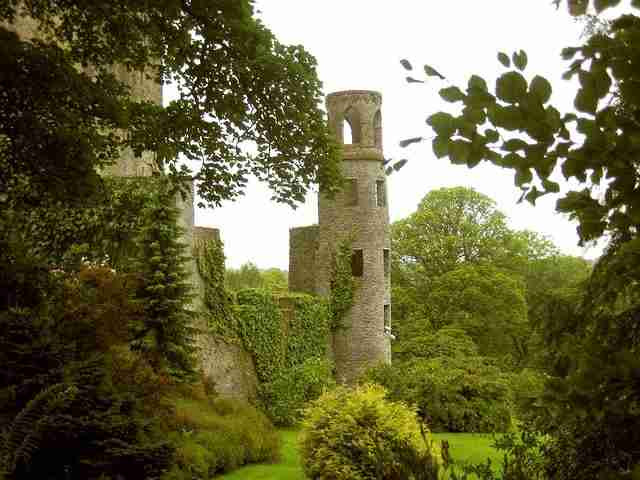 A virtual tour of Blarney Castle in Cork, Ireland

Are you a Royal follower? Don't miss this virtual tour of Buckingham Palace

Take a virtual tour of the geological landmark of the Cliffs of Moher, Ireland

Take clear views of renowned spots around the world like the Taj Mahal in New Delhi, India, Eiffel Tower, and the Sydney Opera House, all while not actually traveling

The Kennedy Center has recorded performances on their Digital Stage

Metropolitan Opera House streaming operas at 7:30 PM EST every night they are closed- The recordings will be available on the Met Opera homepage for 20 hours after they're streamed at night.

15 Broadway Plays and Musicals you can watch from Home

Free lectures and concerts from the 92nd Street Y

Do you enjoy learning from the comfort of your home? Below are some free and low-cost ideas!

‘The Science of Well Being’: Yale’s most popular class ever will be available online  HERE

Free lectures and concerts from the 92nd Street Y

Stand With Us (Jewish) Webinars and Virtual Tours:  https://www.standwithus.com/connect

Free Code Camp has over 450 Ivy League Courses you can take right now.

Start with the Guggenheim Museum's virtual tour of all of its galleries through its Street View feature.

See several 360-degree exhibits from the National Museum of Natural History in D.C.

Enjoy an interactive tour of the British Museum in London

Love Van Gogh as much as I do?  Check out the virtual tour of the Van Gogh museum in Amsterdam.  It holds the largest collection of artworks by Vincent van Gogh, including over 200 paintings, 500 drawings, and over 750 personal letters.

Speaking of Van Gogh, when Les and I were in Los Angeles we visited the J. Paul Getty Museum.  We couldn't get to everything so we'll probably check out the virtual tour for the “Getty” as it's called in L.A.  They have a couple of his pieces there that I was able to get close to.

MoMA offers a virtual walkthrough of one of the Exhibits and select photos of permanent exhibits.

Metropolitan Museum of Art offers videos of the buildings.

The Acropolis Museum has digitized many of its ancient artifacts, from statues to marble murals. Virtual visitors can also take in panoramic views of Athens via the Street View feature.

A less well-known gallery called Uffizi Gallery in Florence, houses Italy's most famous family, the de'Medicis, art. The building was designed by Giorgio Vasari in 1560 specifically for Cosimo I de'Medici.

Can't make it to Brazil?  That's Ok because you can visit the Museu de Arte de São Paulo virtually.  It's their first modern museum. Artworks placed on clear perspex frames make it seem like the artwork is hovering in midair.

The KunstKammer Museum in Vienna with its display of automatons.

National Museum of the US Airforce Virtual Tour

Love learning about our distant past?  Check out the National Museum of Anthropology in Mexico City. There are 23 exhibit rooms filled with ancient artifacts, including some from the Mayan civilization.

National Gallery of Art:  Vermeer and the Masters of Genre Painting

Tour the Musée d’Orsay in Paris

One of Korea’s most popular museums, the National Museum of Modern and Contemporary Art, Seoul, can be accessed as you go through six floors of Contemporary art from Korea and all over the globe

As one of Germany’s largest museums, Pergamon is home to plenty of ancient artifacts including the Ishtar Gate of Babylon and, of course, the Pergamon Altar.

Explore the masterworks from the Dutch Golden Age, including works from Vermeer and Rembrandt at the Rijksmuseum in Amsterdam.

George Washington's Mount Vernon is a US treasure. See it virtually.  Choose which doors to go through and where to “walk”.

Jefferson's Monticello also has virtual tours not to be missed!

The Smithsonian has several virtual tours that you can go on including the Crypt, the Library, and several gardens.

There is always the Air and Space Museum.

YouVisit has hundreds of tours of college campuses, weddings, hotels, and more.

Volunteering- things such as taking towels to a shelter, donating blood, etc.

Eating too much (I wouldn't recommend doing this regularly though) 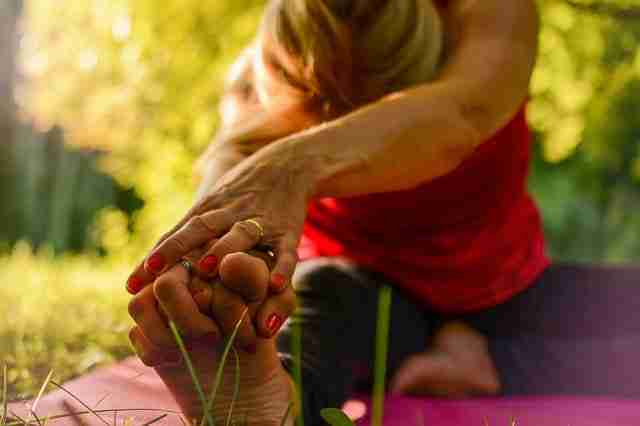 Get Healthy University (low cost – not free)  offers over 150 workouts (not aerobics) for $59 a year.  You can get more classes plus live classes if you upgrade to the Gold level for $159 per year.

Beach Body On Demand offers over 1100 classes for $95 per year. Use coach number 1033746 for Andrea O'Shea who is awesome.  If you want to try the weight loss shakes, get the $160 pack and it includes a month of shakes.

Classic and Replays of many sports

Looking for toilet paper (we just had to)

Also, here is a link to the RV Share site I was talking about: www.RockYourRetirement.com/RVShare

Do you have any tips or ideas about creative things to do at home? Let us know what they are in the comments below! We would love to hear them!

This post about retirement and retirement lifestyle first appeared on https://RockYourRetirement.com