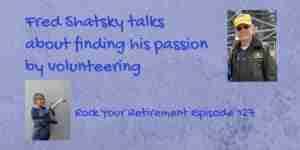 How volunteering Keeps You Young

Fred Shatsky is our guest for today’s episode. Fred is a 77-year-old retiree who has been married for 50 years. He is a proud father and grand father of two sons and two grandchildren. Fred was a US Naval Officer and worked as a pharmacist for 35 years. Now he volunteers for the USS Midway Carrier Museum and the San Diego Zoo. He is also a member of Get Off Your Rockers.

I asked Fred how he found his volunteer position. Sometimes it is always easy to know where to look or where to start when you want to begin volunteering. Fred suggest looking online as there is many volunteering opportunities

For Fred, it was a matter of good luck and good timing in his situation. Fred’s interest in the USS Midway Carrier Museum started as a nostalgia thing. He saw an advertisement for volunteers.

At the time, he didn’t know exactly what he was volunteering for but knew he was interested.

He is now a docent for the USS Midway Carrier Museum. He spends his time interacting with people, guiding tours and volunteering in other capacities.

What is a docent?

A docent is a member of a teaching staff or someone who acts as a guide, typically on a volunteer basis, in a museum, art gallery, or zoo.

Fred is also part of the Knot Team at the Museum. They tie survival paracord bracelets and sell them for donations on weekends and Holiday's. They have raised over $50,000 for K-12 scholarships.

What is the USS Midway Carrier Museum?

The USS Midway Museum is a maritime museum located in downtown San Diego, California at Navy Pier. The museum is centered around the aircraft carrier Midway. The ship includes a widespread collection of aircraft. I personally have been there several times and it is amazing! It is definitely worth visiting if you are even in San Diego.

Advice to someone in a small rural area wanting to volunteer:

Fred says there are four factors to his good retirement

What is Get Off Your Rockers?

Get Off Your Rockers is an organization for seniors that provide opportunities to volunteer with organizations such as the Sand Diego Food Bank, Habitat for Humanity and various other charities.

Websites Mentioned in the interview: 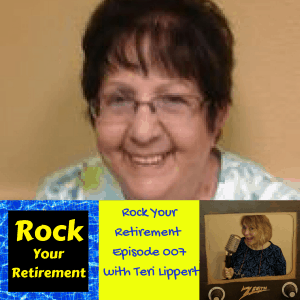 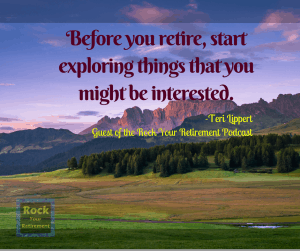