RE0018: RVing across Australia 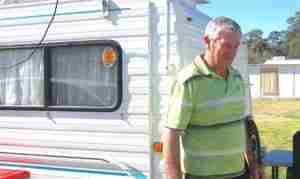 Rod and Tina Holt wanted to explore Australia after working hard physical labor all their lives.

They decided on a life on the road in a RV, known as a caravan in Australia.  Now they are RVing across Australia.

Rod, being very independent loves the freedom of the wide open road, not to mention the absence of stress!

But just how do you start to live the RV life?

Henry and Rod had a great discussion about living this lifestyle, caravaning and how free it feels.  He asked them how they started (after all, moving into such a tiny movable space isn't something that you do every day for sure!)  The Holts started small.  They new that they needed to acclimate themselves to this lifestyle so they started with short trips to get acquainted with living in an RV, and then they decided to see every corner of Australia.  That's when they began RVing across Australia. During the interview Henry gets them to discuss issues such as:

Rod took control of his life at an early age, and this allowed Tina and him to design a life around their own priorities.  They were more concerned about their lifestyle than getting a good education and then working for the rest of their lives.

Tell us about your experiences in an RV in the comments below.

Living in an RV sounds like fun! But how much does it cost? What if you have too much stuff? Jerry Minchey is with us today to give us an advice on how we can live in an RV. You can listen to the show at http://rockyourretirement.libsyn.com/how-to-live-in-an-rv 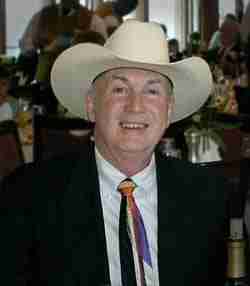 Jerry Minchey: How to Live in an RV

On today’s episode of Rock Your Retirement, we’re learning about how to live in an RV!

Jerry Minchey, #1 Best-Selling Author, is the author of several books about the RVing lifestyle and about retirement living. He lives full time in his 34-foot Class A motorhome. He has a bachelor’s degree in electrical engineering, an MBA from USC, and an OPM degree from Harvard Business School.

Jerry  has worked for NASA and worked for many years as a computer design engineer. He holds five patents, and he has a private pilot license with an instrument rating.  (Let's go flying!)

He has owned several engineering and marketing businesses, and he is the founder and editor of the website LifeRV.com.  How did he decide to live in an RV? He tells us on today's episode.

After Jerry retired, he bought a motorhome and started living full time in it.

He started following several RVing blogs and forums. After a couple of years of following the RV forums, he realized that there were a lot of people who had tons of questions about the RVing lifestyle, what's it like, how much does it cost, etc. That's when he decided to write his first RVing book (Motorhome and RV Retirement Living – The most Enjoyable and Least Expensive Way to Retire). Jerry has since written three more books about motorhome and RV living.  If anyone is an expert on how to live in an RV, it's him.

He sells his books (both the printed versions and the eBooks) through Amazon. He also has links to the Amazon sales pages for his books on his website www.LifeRV.com

Jerry says, “Probably the most interesting response I get from people when I tell them about living full time in an RV is that they say, “I could never live in an RV. I have too much stuff.”

“They say it with so much conviction it's like saying one leg is longer than the other one. They act like they were born that way and there's nothing they can do about it. Getting rid of your stuff is one of the most liberating things you can do.”

“Since I live full time in my motorhome, my typical day varies a lot depending on where I'm camped. Sometimes I'm in a campground and sometimes I'm camped in a state park or a National Forest all by myself. Either way, I do a lot of writing and I like to hike.”

Jerry gave us a lot of great information and we also created a freebie, 5 steps to living in an RV Full Time, that you can get by going to http://RockYourRetirement.com/RV

Jerry, what do you think people should know BEFORE they retire?

Contrary to what a lot of financial advisors say about how much money you need to retire, I tell people to look at retirement from the opposite direction. When you're near retirement age, what money you have is what you have, and there's not much that they can do to change the amount. So look at what you have and decide what kind of retirement you can have. The good news is that when it comes to retiring and living full time in an RV, the price of RV you have doesn't have much to do with how happy you are in retirement.

Your RV is like your dog. Whether it's a rescue dog or a pedigree dog, you love it and enjoy it just the same.

Jerry, what if someone feels stuck in retirement?

I would tell them to live their life so they can say, “When I grow up I want to be just like me.” It's an eye-opening thought and in many cases it expands their horizons when thinking about how they want to live their retirement.

Don't forget to join our free Facebook group!  It's very supportive and you can get many of your questions answered from experts, and people who are doing what you want to do!  Just go to http://RockYourRetirement.com/FacebookCommunity

Today's Freebie, 5 steps to living in an RV full-time, can be found at http://RockYourRetirement.com/RV