RE021: Carob and Quilling

Henry went on vacation to a Carob factory!

If you have never seen carob, it is a large seed pod of the carob tree.  We actually have them in San Diego where I (Kathe) live.  First you remove the seeds.  Then you dry and powder the pod.   Jean explains the rest of the process in the interview. 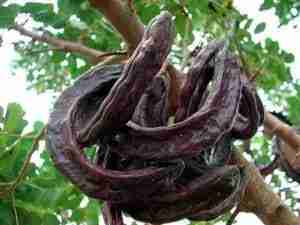 Jean agreed to talk about her carob organization with Henry.

She and her husband inherited the place after her in-laws passed away.  They now have a successful  manufacturing, retail and tourism business.  Much of the interview focuses on the development of the enterprise, and Jean’s unique business skills.

As far as the carob business, Ian has built much of the machinery, and persistence and hard work have produced a steady growth which has resulted in the success Carabana is today.

A couple of things to know about carob are:

Henry asked Jean what she was going to do after her imminent retirement.  And boy does she have plans!  Not only has she been running a business all these years, but she also does book-binding, writes children's books, AND writes craft books as well.   So she has a lot going on.

Photo By AntonellaD at the English language Wikipedia, CC BY-SA 3.0

Have you ever heard of “Quilling”?

I, Kathe, had never heard of this before, but Jean has written a book on it Quilling Beauties of the Bush.  You may have heard of it, but it's basically a way to make beautiful 3D pictures out of paper.  Basically, you use strips of paper and then roll or shape them, and glue them together.

Then you loop, curl, and twist the paper until it makes something beautiful.

Quilling creates greeting cards, jewelry, or pretty much anything that you want to make in a 3D manner.

I (Kathe) found the quilling part of the interview to be fascinating.  It was fun to learn a little about a hobby that I'd never heard of.  Of course once I looked it up, I realized that I had seen the finished works of these artists.

Have you ever done quilling or eaten carob?  Let us know what you think in the comments below.

This post about Retirement and Retirement Lifestyle first appeared on http://RockYourRetirement.com