Retired Excited: Learn to Ride a Motorcycle Later in Life: RE002 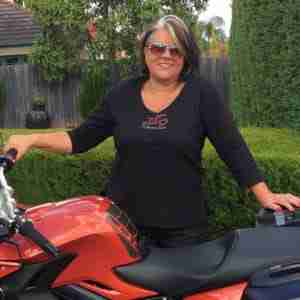 Henry Shapiro interviews Leda Sant who wanted to learn to ride a Motorcycle later in life.

Leda had worked in the freight department for Qantas, and told us about some interesting things about working there.  She needed to understand what could fit in the freight area of the airplane.  Henry shared that he used to be a deer farmer and that they moved them via planes.  Leda said that every day at Qantas was a different day, and she even moved a small aircraft inside another airplane!

Retired twice, because of boredom, she knew she had to have something to keep her busy.

Her second retirement was planned so that her husband would retire, but that's not happened as of the recording of the episode! She indicated that retirement lifestyle includes activities to keep your mind alert and to keep physical.  Start ticking things off your bucket list.  One of those for Leda was to learn to ride a motorcycle later in life.

She started riding at 45 with menopause (about 14 years now). She said it keep her mind active because you have to be alert when you are riding a bike. Henry learned how to ride when he was 18.  He rode until he was 22 and stopped when he got married.  He met Leda and started riding again when he was 62.

They discussed the following:

During the interview Leda mentioned that men's brains were in boxes, which caused Henry to say bzzz.  Ninety nine percent of you will probably be wondering what that is all about.  It comes from a hilarious YouTube clip about the difference between men and women.  Here is the link, I guarantee you will like it.  https://www.youtube.com/watch?v=3XjUFYxSxDk

If you think you want to learn to ride a motorcycle later in life, here are some links: