Volunteering with troubled youth in retirement: Episode RE:012 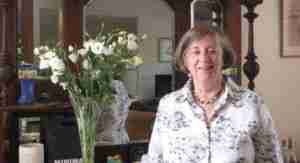 When Robin retired, she knew she wanted to explore new fields and expand her horizons. She came across an opportunity to volunteer with troubled youth.

You've probably never heard of an “Independent Visitor For Youth Justice”.  Henry certainly hadn't before this show.  But Robin decided to take on that responsibility when she retired.

When Henry went to interview Robin Turnbridge, they were initially going to discuss downsizing. Robin decided she would rather discuss her experience with Juvenile Justice and it became a wonderful topic of discussion.

Robin intuitively knew that it was important to replace the routine of her working life with meaningful activity.

Once a month, she goes to a Youth Justice Facility which are for teens who have committed serious crimes and are in custody. Robin goes into greater detail in the interview, but they talk with the teens, check in on them, and sometimes act as an advocate for the teens. Robin explains how she found this new role, what it entails, and why she loves it.  She has transitioned the experiences of her working life to use them in a different arena.  Brilliant!

If you listen carefully, you'll appreciate that this kind-hearted woman's first priority is her family, and her second priority is her role giving to society through her involvement in juvenile justice.

Leave a comment in the box below and let us know if there are avenues other than prison to try and rehabilitate troubled youth, or if you think that is an impossible dream.