Retirement as a surviving spouse: Episode 091 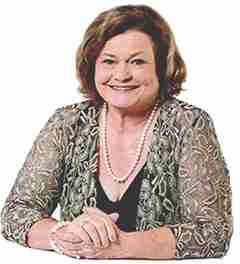 Life is a journey. Lot's of retirees think about retiring as a couple. But what about retirement as a surviving spouse?

In this interview, I talk with Ann Nelson. After suddenly finding herself a widow in 2009, Ann needed to learn – and fast – about finances, survival, and ultimate retirement. Ann is the author of Retire Well, Retire Happy. On her journey, she has found that in the end, it is not all about the money. Living a happy and worthwhile life is extremely important. Her book is about how she navigated through the retirement maze and found her way after being left a widow.

In 2009, Ann was semi-retired but still working part-time flipping houses with her husband when he passed away.

We talked about the very sudden and surprising passing of her husband who had a heart attack at the dinner table. This was the catalyst for the following chain of events in her life:

It wasn't until she went back to her and her late husband's home town, she began to grieve.  You have no control over grief and you have to allow yourself the time to grieve. Even though it's been over 8 years since her husband passed she still grieves sometimes.

Ann has been keeping herself very busy in her retirement. She is writing and has her own podcast. Ann is also a retirement consultant and has taken courses to learn about investing.

She is also a member of a variety of groups:

In her book she not only talks about the investing and finances in retirement, she also talks about being happy in retirement. (You know I LOVE that!) The non-financial aspects of retirement such as traveling, learning and living arrangements.

Her book is called Retire Well, Retire Happy and can be found on her website: http://www.annnelson.com.au/