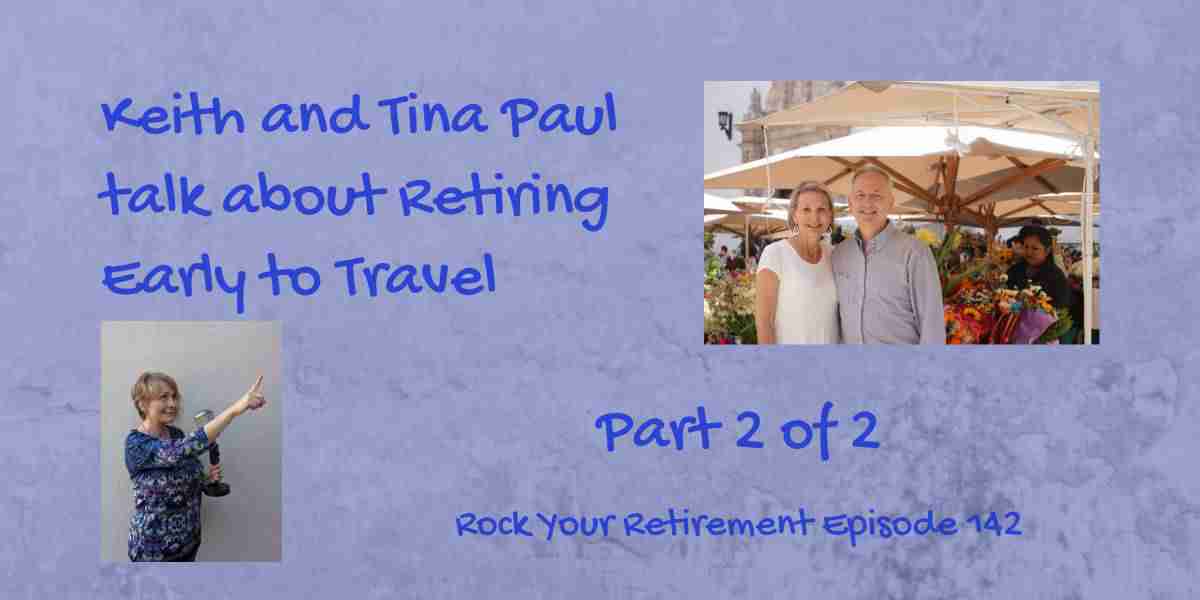 Retire Early and Travel! Part 2 of 2

In this episode, I continue my conversation with Keith and Tina Paul who are early retirees with a zeal to travel. We have been talking about how to retire so that you can travel overseas and maybe even live there! Our guests also tell us how you can have a tight budget and still travel like you have desired. As we shall see from them, it’s easy to retire early and travel!

Keith and Tina tell us about their exciting appearance on HGTV’s International House Hunters. They sent an email to be on the show but didn’t get any reply for six months. They received an email asking them to be on the show just as they planned to move to Cuenca in Ecuador.

After answering 25 pages of questions and making an 8-minute promo video, they got to be on the show. Keith and Tina wrote a whole article about the “staged reality” show on their blog detailing the back of the scene events.

The couple became famous after their appearance on television and people started to recognize them even on their travels. People even asked to take pictures with them and recognized them from the HGTV show. They became a symbol of all that you can do if you retire early and travel.

What is it like to retire early and travel?

I ask Tina and Keith to tell us about some experiences in their travel and how we can look forward to retiring early. They tell us that many people resist the idea of traveling as they can’t speak the foreign language. But Keith says you don’t need to be a language expert to visit or stay in other countries.

Both of them manages on broken Spanish and you can undertake your travel if you can speak a bit of the language. You can always take classes and learn the language to make things easy. Also, there are many 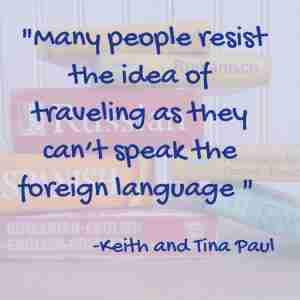 I proceed to ask Keith and Tina about their experience of living abroad and the things that they liked. I was amazed to know that Cuenca is a super safe place where kids walk to school or take the public transport by themselves.

The place is also safe for walking at nights and there are no worries of being mugged or robbed. They feel like living in the 1950s when you didn’t need to fear about leaving your kids alone or going out in the dark.

Healthcare is also another major vertical which differs from the USA. The doctors are compassionate and even give their personal number to patients. Medical procedures are almost 25% cheaper than the USA and you can visit an eye specialist in $40- which even includes the charges for all follow-up visits!

When I asked them to relate the things they didn’t like, it amounted to just a few things. They cannot get most American brand foods in the supermarkets. So if you have become used to something then it may be a problem. But some people in Ecuador sell American things for an extra charge, so there isn’t much of a problem, and you can always find domestic alternatives.

One of the biggest challenges of living in a place like Cuenca is lack of connectivity. It doesn’t have an international airport and you have to fly to Quito to catch an international flight. They had once missed a cruise as the local flight to Quito was canceled.

Another problem is that you don’t get Amazon deliveries on the same day and have to pay tariffs and high shipping charges on top of it. Also, you cannot carry more than 2 phones into the city.

The drawbacks of living abroad are never enough to hold you back. Like Keith and Tina, you can also retire early and travel!

Connect with Keith and Tina