Rethinking Your Approach to Life – Episode 171 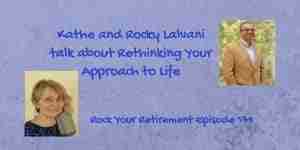 This is part 4 of this series. In the first episode, we talked about Bringing Old Americans Into the Mix. The next episode dwells into Why Older Men Should Lift Weights. Episode three was about 5 things that you need to do in order to make your retirement a good one. And in today's episode, we will be discussing the article, I’d Rather Die While I’m Living Than Live While I’m Dead. Because, even at an early stage in life, you need to rethink how your approach to life would be. Would it be for the better or the other way around?

Basically “Die While Your Living” means, I want to die while I'm doing something that I enjoy. My approach to life would be that I want to be out there living my life and not be sitting at home watching TV. Or as the author says putting up with that dreaded commute for a job you don't like, to earn money, to buy things that you don't need, or to impress people you don't like.

The author blames Jimmy Buffet's song “Growing Old But Not Up.” It includes the line “I’d Rather Die While I’m Living” in the chorus. He said he watched that song as a young teenager. And Isn't it funny that all those things that we see as a young kid are imprinted in us? Whether it is for good or for bad. The money scripts that we have in life and a lot of the scripts that we have about how life should be live are imprinted in us as kids.

Everyone should enjoy their life and live fully. That is the most important thing for people. You don't have to be retired to do this, you can do it at every part of your life. Just go about doing whatever you want to do in life as long as you are enjoying it.

Life Isn't About Being Extravagant

You just have to learn to say I am enough, I have what I want, and I'm going to be intentional in how I choose to live my life. And also think about doing what is important instead of what society or some advertiser told me what I should do because it's important.

Be Contented With What You Have

You can go buy a new luxury car tomorrow and tomorrow you will be happy. 6 months from tomorrow when your neighbor comes home with a nicer luxury car and yours is dented and it's not new anymore, you're no longer happy. When you learn to let go of yourself and learn to be contented inside then you have it all. Because the final stage of life is learning to let go. 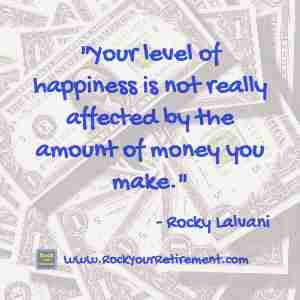 takes time. Our life is an accumulation of whatever we collect from the environment and the society we are living in. Get rid of that false concept of life first. Because life is not just an accumulation. It’s something more than that. Once you recognize this true nature or approach to life; only then you can approach to the things in the right way.

Once you get rid of the thought that you should be better than others and see each and everything as either equally sacred or as equally nonsense. That will be the time your sense of comparative distinction doesn’t affect you anymore, and your accumulative mode doesn’t create dissatisfaction within you; by making you swing constantly between the happiness and unhappiness.

Finding Meaning and Purpose in Retirement