Do you love cars?. You can listen to the show at http://rockyourretirement.libsyn.com/playing-with-cars-episode-40 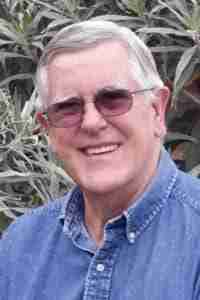 I had a difficult time naming this episode but decided on “Playing with Cars“.

There was so much that Bill and I talked about it was hard to decide.   Let's tell you a little bit about Bill first:

After graduating from college Bill Bennett went into the flight program in the Marine Corps. He spent 4 1/2 years flying helicopters. He then went into sales and marketing for a number of companies and became an executive for a fortune 500 company before he retired. His wife of 42 years passed away a year and half ago and Bill decided he had to grab himself by the bootstraps and decided to get going.

Bill bought a Miata for $107.   That's right.  He purchased a Miata for $107.  You'll have to listen to the episode to find out how, but let's just say that he is an expert at playing with cars.  He is in a group of sport car enthusiasts who enjoy doing things like racing in parking lots and driving up winding roads in the mountains to get some pie at the Julian Pie Company. He and his friends are constantly playing with cars.

Speaking of playing with cars, he likes to spend time re-building cars, because he's working on another one now!

Another way he is playing with cars, is Bill started writing for a magazine about one of his hobbies which is collecting high-end model cars.  Think of it – he got to collect cars for free just for writing about them!  That's the way to start playing with cars!


Bill started skiing after 20 years by going on a 4-month ski trip in Colorado.  He was sore for the first few weeks, but after that he really got into the sport.  He's thinking of taking his grand-kids skiing, just like he used to take his own kids, when they are old enough.  In between ski trips, he keeps active by doing things such as walks on the beach and hiking.  You don't need a lot of money to keep busy.

What do you think people should know BEFORE they retire?

Prepare for your retirement financially so you don’t have a constant grey cloud over your head of not being able to afford to do the things you want to do.  Look at monthly or weekly expenses and figure out how you are going to satisfy those financial needs. Downsize so you have the money to do what you want

Do what makes you happy and be selfish with your time.

Freebie:  None mentioned on the show, but if you need a Life Plan, go to http://RockYourRetirement.com/lifeplan