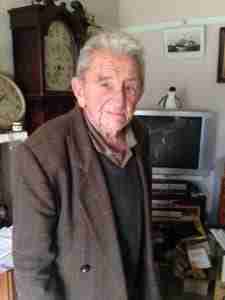 In listening to Henry’s interview David, you can really tell how important this hobby is to David. He is a man with some fascinating stories who is more than happy to share them. There is some amazing history and heritage behind steam trains.

You don’t have to actually own a steam train if you are interested in them. There are steam engine organizations where you can volunteer doing things such as working on the trains or driving the trains.