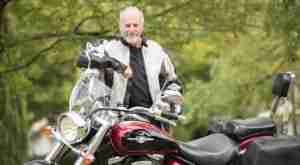 We've brought on a new host to Rock Your Retirement.  Henry Shapiro, host of Retired Excited.

Henry IS retired, and when he started thinking that managing a show was too much for him, I invited him to bring his past episodes to Rock Your Retirement so they wouldn't be lost. We'll be bringing an archived show over each week for your enjoyment.  Then as he has times, he may bring some additional episodes over. We hope he does.  So when you hear “Retired Excited” don't feel that you're lost.  Our plan is to release the Retired Excited episodes with Henry on Friday's, and you'll still get your weekly dose of Kathe on the Monday shows.

In this archived session, Henry introduces himself with a short first episode of Retired Excited.  He invites us to his world of retirement, and let us know what to expect in future sessions.

He talks about his experience of many people being afraid of retiring.  Although they anticipate it, they don't know what they are going to do with their time. Henry's aim was to provide inspiration for every one of the listeners to have an excellent retirement.  Sound familiar?  That is the aim of the Rock Your Retirement show as well!  What a perfect pairing.

Henry went on to say that many people who retire have no plan for the future.  He talks about how their purpose dissolves and how they need to reestablish their focus and meaning.

The goal of the Friday show is to look at the options and see how happy retired people are creating their lives.  Mr. Shapiro interviews regular people, not high fliers.  He finds out what gets them up excited every morning.

Henry Shapiro's own story is fairly simple. He comes from a normal family.  And his parents struggled to establish themselves in Australia, having migrated here from Europe after the second world war.  His parents managed to put Henry and his brother through school, and gave them the best start they could.

Like many of us, Henry has had a variety of jobs and businesses throughout life and is now fully retired and living with ‘She Who Must Be Obeyed’ in a suburb of Melbourne, Australia.

So the theme is … there is lots to do, lots to occupy retirees, lots to learn, and a world of fun and comradeship to be enjoyed.