The Emotional Aspect of Retirement: Episode 87 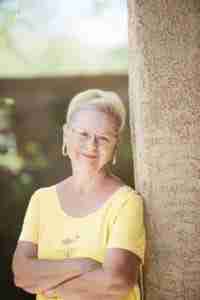 In this interview, we talk about the emotional aspect of retirement.

Becky Kueker was 69 years old when she decided to retire from a 20-year career as a partner in a successful woman-owned commercial architectural firm in St. Louis. This was all part of her grand plan. It was the “Plan” she had created and was totally invested in since she was 40 years old. She was ready to close that door and walk out embracing a whole new chapter in her life. She and her husband had saved, invested, researched and carefully planned their retirement. They even kept a “retirement binder” for all those years with laminated financial spreadsheets, great places to retire, exciting long-awaited trips to take, and all the “how-to self-help” retirement books she could read.

What she never expected was that her retirement plan had covered everything except the emotional aspect of retirement.

Becky became depressed after she retired. She lost a lot of self-esteem and self-worth. Becky's husband still works and she was spending a lot of time alone. She talks about an AARP Article called Out-of-Sync Retirement Syndrome. I think there are many retirees that go through sadness or even depression after retirement. Becky felt like she went from running a 25 million dollar a year company to the newly retired pack of old people. When you walk out and close that door on your work life, part of you literally disappears.

It took Becky 2 years to get over her depression. She did some silly things during this time, all while hiding most of it from her husband.

Becky made her “retirement binder” but what people really need is an “Emotional playbook Binder”. Plan for the emotional aspect of retirement as well as what you want to do with your life and your marriage before you retire.

How did she get out of her depression?

Becky wrote her book called Hiding in my pajama's. In talking with people for research on her book, she discovered so many people that go through the same thing.

She and her husband also decided they needed their own space. So they bought a new home that allowed them space if they needed it. Becky says it is also important to find hobbies for each of you to do separately, but also plan activities and dates together. Discover the best version of yourself and get dressed and comb your hair every day.

Becky's Book- Hiding in My Pajamas