Documentary About Women Over Sixty: 081 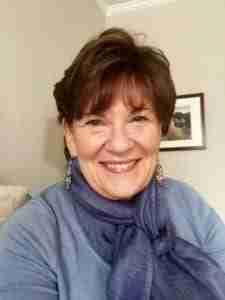 Melissa Davey, who is in her 60's, retired at the end of 2015, to pursue her second act and dream of becoming a filmmaker. She is currently making a Documentary about women over sixty. Her film is The Beyond Sixty Project.

Melissa used to sit in restaurants and watch everyone. She has this infinite need to understand people.

Melissa had no experience in the film industry. She always had an interest in film and the process of making a film. In 2014 she got to spend the day on set with M. Night Shyamalan who is a famous film director. He asked her what she did, and after explaining her high-powered job as a Vice President she said: “But that's not what I really want to do.”

She told him that she wanted his job. After this day, Melissa knew she was going to make a film, and she knew it would be a documentary about women over sixty. She went into work the next day, talked to her CEO about retiring, and the process of her new career began!

I feel like I am still growing and learning, and that's an awesome thing to be feeling when you're this age.

Melissa went online and googled women doing interesting things.  She began building the list of women who are now in the documentary about women over sixty. Melissa wasn't looking for famous women.  She wanted “everyday” women who are resilient, relevant and have an amazing story to tell. Even before she quit working, Melissa began learning the process, scheduling meetings, and networking with people who could help her. We also talked about the process of selecting the women who are going to be in the film (which is a very tough decision to make sometimes). Melissa says that “mostly it is just a gut feeling”.

She also tells us the story of Paula who is in her 60's and is a veterinarian in Vermont. This is a very low-key, unassuming lady who just last year, swam the English Channel! She is the oldest woman from the United States to complete the English Channel swim.

You can watch the “teaser” on Paula and the other women on Melissa's website at http://www.beyondsixtyproject.com/ or if you would like to contact Melissa you can email her at [email protected]

And at the time of the interview, Melissa said they were probably about half way finished. I personally cannot wait to see the finished product and, perhaps, be Melissa's date to the Oscar's someday! What a great way to Rock Your Retirement!

Some of the websites mentioned in the interview

This was great fun!  If you’d like to join in the conversation with Melissa and me, leave a comment below!.

The freebie for this episode is Secrets about retirement your broker won't tell you. You can get this by going to http://RockYourRetirement.com/Secrets