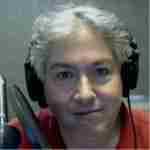 Dave Jackson talks about his experience with Alzheimer's

On the 10/17/16 episode of the Rock Your Retirement show, Kathe interviewed celebrity Dave Jackson about his experience with Alzheimer's disease.

Dave Jackson runs the School of Podcasting.  Frances McGrogan, a previous guest, and I talked about how he helped us learn how to podcast in episode 21.

This chat wasn't about podcasting though. It was about his experience with Alzheimer's Disease, which is a form of Dementia.  Dementia is a heartbreaking disease, and Dave tells his story about how he was able to deal with it.

Dave told us about his father, and his experience with Alzheimer's.  The family thought that the symptoms were due to a mugging that he had experienced earlier in his life.   As his father got older, Dave and his brother realized that something was wrong.  Dad was always bringing up certain stories and repeating them. (But we all do that, right?)

Dad went to the hospital for colon cancer.  The hospital diagnosed him with dementia, and Dad couldn't be left alone.

The family had to do some quick planning.  They only had a week to find a place for him to stay.

A common side effect of Alzheimer's is inappropriate sexual behavior.  It's also common for Alzheimer's patients to form a new love relationship while they are in memory care. This can be a problem if the spouse is still alive.  Dave's Dad got “frisky” in the memory care unit.

Every time he visited, Dad gave Dave a tour.  it was brand new to Dad.  His Dad also introduced him to the nurses each time.  He also told him who was in the photos on the wall each time Dave visited.  This is also common in Alzheimer's patients.

The staff coached the family on how to deal with Dad.  “Don't correct him”, was one their advice.

It's difficult for the family.  People are bound to have mixed emotions.  Dementia patients need a lot of sleep. It is exhausting for them to try to do things, and their brains work differently than ours do.  So you go to visit, and Dad is asleep.  That's hard to deal with if you've come a long way to see him or her.  You don't want to wake them up.  Then when he wakes up, you get the tour again!

A great piece of advice from Dave:  There may be a day when your Dad might not recognize you.  Don't take things personally because it's not you, it's the disease.

To get the our free guide, ABC's of Dementia, just click HERE. You can also listen to the episode on your favorite smartphone podcast app, or click on the player at the top of this page.