Words of Affirmation and a Surprise! 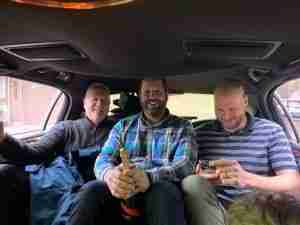 The last days are finally here and honestly, it has been a blur.  All week, each and every meeting is goodbye in some way.  Whether meeting with groups or individuals everyone wants to thank me for my years of service or tell me a story.  It is extremely emotional.

First, I said goodbye to our Planning Association members for the State of Washington, then it was our Planning Commission.  After that, I had one last special time with our Long Range Planning group where I was asked to share encouragement, words of wisdom and answer questions.  It was a precious time for me to see the growth in individual staff members, the willingness of volunteers to serve in our community, and the staff’s commitment to transforming government.

The day before my last day was completely empty of meetings.  I suppose that makes sense, I’m leaving, so why would I be needed? However, the empty calendar made me feel a little empty. Only one more day and then it is the end of my career.  I thought about how I wanted to spend my last day before the final Friday and decided to start calling people and making one final connection.

Whoever came to mind I called and told them how much I appreciated them and what they had meant to me.  Many wanted to 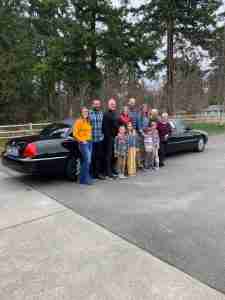 stay in touch so we exchanged personal contact information with the promise when there are safer and sunnier days we would find time to get together again.  Some people expressed envy that I was retiring, others were very sad and there were tears.  Still, others were truly happy for me and enthusiastically wished me well.

Some people didn’t pick up, but I knew they were there, so I left voice mails.  One person immediately emailed back and apologized for not taking the call.  She said she just couldn’t face saying goodbye but saved my voicemail to listen to when she was feeling down or needed a boost. It has been interesting to me how each person has their own way of saying goodbye.

On my last morning, we had a Management Team meeting.  At the very beginning, one of the managers said, “We need to just have a regular meeting because I don’t want to cry.” So we did.  We talked about projects, cases, deadlines that were coming up and decisions to be made.  I quickly realized that mentally and emotionally I was moving on.  It is surreal to me that when it ends, it ends so quickly.

At noon, was a Zoom meeting labeled, “Barb’s Next Chapter.” I had forwarded the link to my children with the hope they could be on the call that day, but unfortunately, the grandkids had school and they all had work commitments.  My husband sat by my side and my dad and his wife had unexpectedly flown in from Arizona the night before.  At least they could be there.

For the last five years, my dream for my last day had been to have a huge in-person party, with a program, food, and music.  Then I wanted all of my nuclear family to take a shuttle to the airport and fly to Costa Rica for Nana’s “graduation” trip. Of course, the pandemic had other plans.

On my last day, I logged on to the Zoom call held during the lunch break, and during the next hour, there were between 85 to 100 people coming and going.  It was so touching when my administrative assistant Tiffany thanked everyone for coming and then opened up the call for those who had something to say to me.

I had thought it would only be my department, but instead, there were people I hadn’t seen in years.  There were acquaintances who worked for our software vendor from Ontario, British Columbia, and Texas.  There were former employees now working in California and from around the Pacific Northwest.  There were new employees and long-time co-workers.  My boss and several directors also attended.  My best girlfriends and travel buddies were on the call as well. Even my daughter’s mother-in-law in Oregon was able to be there.  Just not my kids and grandkids. 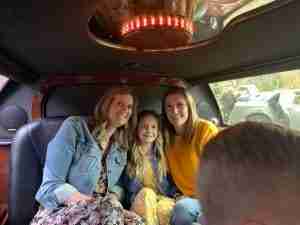 My husband whispered to me halfway through the “party” that he hoped they were recording this because whenever I die, he could just re-play it at my memorial service.  People were saying such nice things about me it felt like I was attending my own funeral, just while I am still alive.

This went on and on and on.  People would start talking or telling a story and then at the end I felt like I needed to interpret.  There were so many people on the call that didn’t know each other. With all of the acronyms and technical terms they used, after each person spoke I would say their name and tell about who they were to me and what my relationship was with them, just to translate.  Then I added my own thanks and gratitude, which was nice.

Finally at 12:59 p.m. I saw my daughter’s face on the call.  She said, “Mom, I need to get back to work and have a few words to say.”  I didn’t even realize she was on the call!  Suddenly as she was talking about her childhood memories of me working, my little home office door burst open and all my kids and grandkids charged into the room yelling “Surprise!”

I said, “But you’re in Oregon and you guys are working!”  I was completely and utterly shocked.  I had no idea how they got there. I’m not sure how they pulled it off, obviously, there was lying involved, but the next thing I know I’m in tears hugging my grandbabies!  The meeting was ended abruptly because my kids said, “Mom, we are giving you your dream!”

Another bouquet of flowers arrived from my best friend timed precisely for this moment.  The grandkids were screaming that I needed to get into the limo in the front yard because we were going somewhere. They were literally bouncing off the ceiling; they were so excited for their first limousine ride.

Confused I turned back to the Zoom call and all my friends and said, “I guess I’m going to get my limo ride after all!”  I said a 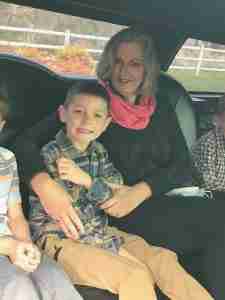 quick goodbye, my parting words speech forgotten, and just like that, my retirement party was over. We jumped in the long big black car which had been stocked with champagne for the adults and sparkling cider for the kids and drove to our favorite seafood restaurant.

Anthony’s Homeport had just reopened a few days before as pandemic restrictions are just now being lifted to allow 50% occupancy.  We were given a separate room for ten people and we had an amazing lunch together at the Everett Marina. I later learned my children had been plotting with my administrative assistant for a month.  They rented the limo and made the reservations and paid for everything.  I can’t think of a better way to end my career.

Since that last day, I’ve thought about the upside of a Zoom retirement.  I was able to hear each person speak to me and say what was on their hearts.  My friends and family (who were also on the call but their identities were hidden) were able to participate.  People from multiple locations and many different time zones didn’t need to travel to come.  There is a recording of the entire event and people were able to write comments in the chat feature that my administrative assistant printed later for me.

The next morning, my daughter in law, cooked an amazing brunch, we ate and laughed and celebrated.  Then they all packed up and went home. Right now my house is empty of children but full of flowers and my heart is full.  I’ve finally joined the ranks of the retired and I’m happy!