Help! My husband has not adapted to retirement well at all 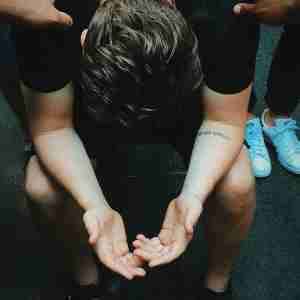 Retirement is supposed to be a wonderful time. You’ve worked hard, saved well and it is finally time to reap the rewards. For some retirement truly is the golden years whereas others struggle to find their feet. Whilst the challenge does not discriminate between genders, the benefit that we have as women is that we are generally more willing to reach out when we need help. We are very much social beings and so if we are feeling lost, we are likely to confide in another and create a plan of action.

Unfortunately the same cannot always be said of men. Be it a product of their generation or otherwise, many Baby Boomer men still feel that they need to maintain a tough exterior. This includes remaining stoic in difficult times and being seen as a provider and effective problem solver. Asking for help is seen as a weakness and so instead they bottle it up.

What might this look like to the people around these men? Most likely they will see a man who was previously driven, defined by his job, and depended upon by many becoming withdrawn, allowing days to pass aimlessly, and perhaps trailing his wife like a shadow with no real interests of his own.

Given the busyness of his role, John hadn’t given much thought to what life after work might look like when he retired. Shortly after John retired, Jane found that they were spending all of their time together, more often than not pursuing her interests rather than any of his. John followed Jane as they shopped, went to the gym and sat on the exercise bike while Jane did a PT class, and would ring to find why she was late if Jane got caught up talking to someone after art class. John was feeling lost and Jane felt overwhelmed. She had no time to herself and felt that she was losing her sense of independence.

What can you do if your partner is struggling to adapt to live in retirement? You might be supportive and patient initially, but this can wear thin over time. As a result, it is far too easy to become frustrated because you can see an obvious path forward but your partner chooses not to take it. Unfortunately, frustration rarely achieves the outcome that you (or your husband) seek.

Instead, try the tips below and work towards creating a retirement that you will both love to live.

Empathy is not sympathising or wallowing in the sadness of another, but rather it refers to the ability to recognise emotions in others and walk in their shoes. Don’t assume that you know exactly what’s going on with your partner and the struggles they may be experiencing in adapting to life in retirement. Listen to what they are saying and how they describe their feelings and experiences. For example, you may think that they only want to spend time at home but they may not actually know where to start in terms of reaching out and connecting with new people and groups.

If you are asking your significant other to do something they are likely to resist, avoid closed questions such as ‘well, do you want to go or not’ (particularly when it is articulated in a sharp, clipped tone!). Instead try a powerful question, one that will encourage them to reflect on their own thought pattern and formulate a (small) step forward, such as ‘what needs to be different for you to say yes to…’ or ‘what is the worst that could happen’ followed by ‘what do we need to ensure that doesn’t happen. By using powerful questions you are not only inviting your partner to address any hesitance they are feeling but by using the pronoun ‘we’ you are showing that they are not alone in their struggle.

Encourage them to get active

Physical activity is not only good for the body but it is critical for one’s sense of well-being also. It boosts mood, alertness and even one’s ability to look on the bright side of life. Couple that with the incidental interaction one gains through exercise and it is particularly effective in creating a sense of positivity in retirement. For example, your partner may bump into neighbours and have a quick conversation whilst walking, chat to the attendant as they pay the swimming pool fee or debate the durability of components in the cycle shop. You never know where these unplanned conversations may lead in terms of engaging with the people and community around them.

And finally, show patience as everyone adjusts to retirement differently. Some will take longer to figure out how they enjoy spending their time and what provides a sense of purpose.  Let your significant other know that it is okay to experience a down period, and in fact, this is completely normal part of the transition, but that small steps forward are critical to creating a fulfilling and meaningful retirement.

Megan Giles Retirement Transition Consultant supports those approaching retirement to successfully transition and create a retirement they will love to live! For more tips, advice and practical resources visit www.megangiles.com.

Megan Giles: Retirement Transition Consultant supports those approaching retirement to successfully transition and create a retirement they will love to live! For more tips, advice and practical resources visit www.megangiles.com.