My husband played basketball in High School, College, and in a few Adult Men’s leagues after college.  He also played Men’s Softball while we were dating and then several 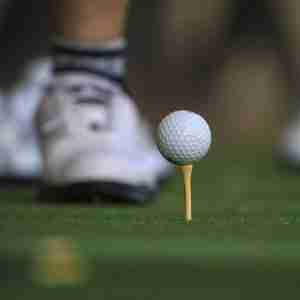 years after we were married.

Once our two kids arrived, me sitting in a gym or watching from a dugout with toddlers and diaper bags didn’t make sense for us.  When the kids were 3 and 5, he decided to try golfing and even though he had never played when he was younger; he loved the sport!

He worked full time as a telephone repairman, and I worked part time for the county. But for me, being home with little ones was honestly way more work than going into an office every day.  Since Sundays were reserved for church, our Saturday’s became an important day for our family.  However, that was the only day he could golf.  I was supportive of him learning to golf because I thought it was likely that he could participate when he was older, rather than running up and down a basketball court at 75.

What I didn’t anticipate was how much time it would take.  For a while I thought of golf as the “selfish sport” because of how much time it took.  He would start early before the kids woke up and say, “I’ll be home by lunchtime.”  But the reality was that he would get back at 2:00 p.m. or later.  With our courses crowded on the weekends, it is not uncommon for a round to take 4 to 5 hours.

At first, I stayed home and waited for him and tried to make plans to do something as a family in the afternoon.  But it seemed like it he would get home just about the time the kids were ready to take a nap.

I decided that rather than wait for him, I would just take them myself for some adventures.  We went to the Woodland Park Zoo, the Seattle Aquarium, a few short hikes for kids, ferry rides and picnics at the beach.  Most of the time we weren’t home before he got back from golf.

When we would return, the kids would tell him all about their day. The animals and sea life they saw, the people they met. But he realized that he wanted to take them to these places, and he felt like he was missing out.  So he made a hard choice.  He gave up golf.

If you are parents, you know what happened after that.  The school schedule took over and then kids sports.  T-Ball, Soccer, Basketball, Football, Volleyball and Track.  But mostly basketball.  He coached basketball for many years and from 1st grade through their college years; we were those parents rooting in the stands for our kids.  There was not any time for golf for him. I always felt bad about this, but for him it was the right choice at that time.

Flash forward to when our nest was empty, and he was working lots of overtime to pay for college degrees and saving for two future weddings. Now it was time for him to try golf again!  By then, our daily life wasn’t dictated by the school district or the sports schedule, and I was fully supportive of his love for golf.  He joined a men’s club in Marysville, made new friends, and golfed in a men’s league during the week nights and participated in tournaments on the weekends right up until he couldn’t.

A bulged disc and bone spurs in his lower back made it nearly impossible to walk 25 feet without pain, let alone walk for 18 holes. Years of climbing telephone poles and lifting heavy equipment had taken its toll, and so for this and other reasons, he chose to retire at age 60.  He retired on the Friday night of that Memorial Day weekend and had major back surgery the following Tuesday. The surgery was a success, but I remember him waking up from the anesthesia and we were so emotional.  He was mainly happy and relieved because apparently he was worried, as he was going under the knife, that he would retire and never wake up to enjoy it!

His focus was to rehabilitate his back.  He worked hard to get to the point he could at least putt on the putting green.  Within a few short months that summer he was getting back to what he loved.  The walking was one of the best things he could do.  The Snohomish golf course is about 5 minutes from our home.  He bought an annual golf pass and joined the men’s club. 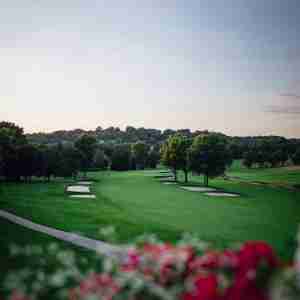 I think this has been such a blessing to him as a retiree with a wife that works full time.  Most of his work friends are still working.  I’ve noticed that the companionship and the bonds that he’s been forming with some of his golf buddies meet many needs.  His personality was a good fit for his job, I think it is also a good fit for golf.

As a telephone repairman and a husband, he fixes things.  He isolates the problem and makes the repairs.  He figures out the cause of the trouble and always looks for a way to improve whatever he is working on.  I think the game of golf is a perfect sport for someone like him. It requires practice and a commitment to hard work. He studies the game and diligently tries to continually improve.

He loves to compete in tournaments and actually has won a few times.  After his back surgery, his handicap was at 19.  In the intervening three years, he is now at a 9.  For those of you non-golfers, the lower the number, the better.  Professional golfers don’t have a handicap because they usually shoot a zero or below par.

In retirement, I think golf is a great activity for my husband.  It provides a structure, a regular but flexible schedule, connectedness with his community, competition and a commitment to his friend and golf partner.  But it also provides exercise, in that he walks about 4 to 5 miles every day, outside, rain or shine. Golf is a mental game too that requires focus and concentration.

Whenever I talk with retirees, both men and women, golf seems to be something they enjoy, especially when traveling. I’m going to get to try it out on our trip to Idaho.  I’ll let you know how it goes!