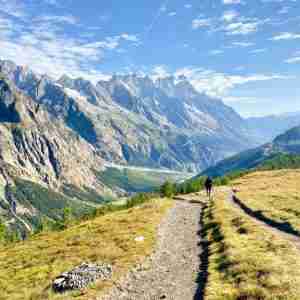 I’ve always been active. I was a sprinter in track during high school and I’ve been a snow skier since junior high. We live in an incredibly beautiful area, even if it does rain quite a bit. I enjoy hiking in the mountains around our home in what is called the Cascade mountain range which is east of where we live. We are surrounded by tall mountains and miles and miles of trail systems including Mount Rainier to the south, Mount Baker to the north and the Olympic Peninsula to the west.

I also love to bicycle. Within less than a mile of my home, I have access to the Centennial Trail where I can ride for miles and miles on a paved former railroad grade that is protected and away from traffic.

I also love to do alpine snow skiing. We have dear friends that live in Eastern Washington so we usually go to Mission Ridge in the Wenatchee area several times each the winter.

My real passion is international travel. My love of travel began when my daughter was in high school. I went on a spring break trip with her as a chaperone along with her French and Latin teacher and 21 classmates. In the spring of 2000, during her junior year of high school, we travelled to Amsterdam, Rome and Paris. This first trip was life-changing for both of us. It gave her a vision for her life and for where she wanted to go to college. It sparked a love of travel for me and the confidence to plan trips myself.

Four years later, when she was a junior in college, she had the opportunity to study abroad and lived in Aix en Provence in southern France for an entire school year. Along with her college courses, she lived with a host family so that she could be immersed in the French language. In the spring of 2004, I planned a trip for my husband, mother-in-law and me to spend 17 days in France with our daughter before she returned home the next year to continue her studies and senior year in Oregon. We started in Paris, were able to enjoy a homemade five course meal with her host family in Aix en Provence and spent a weekend in Nice and Monaco. Then we went to Cinque Terra, Italy and hiked the hills enjoying pesto and white wine. Then we visited Siena and Florence in Tuscany and ended with a tour of the Vatican and the ruins in Rome before flying home.

Our daughter later became a High School French teacher. The idea for another trip took root and it felt like we had come full circle. In 2008, together we planned a trip for her upper level French language students and once again I was a chaperone. Three other parents and ten students joined us for a two week spring break journey. Once again, we started in Paris, stopped by Aix to see her school and flew home out of Nice. By the way, I highly recommend touring with someone who is fluent in French. It makes everything easier, efficient and richer when you are with someone who can communicate. My favorite highlight was when she would tell our waiters to only speak French to the students and correct their grammar if it was incorrect. What a great way to teach! 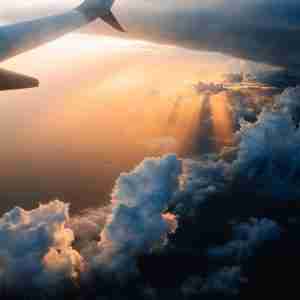 I love to travel. I love learning about different cultures and meeting new people. It has been my motivation for working and saving for the future. One of my favorite activities is to spend time making travel plans, marking the calendar and having something to look forward to in the future. Before Covid-19, I usually had at least two or three trips in the planning stages. I can’t wait until it is safe to travel again – I miss the anticipation and excitement of trying new foods, learning a language and experiencing a different place.