Getting to Know Me

Getting to know me 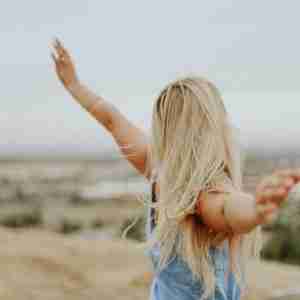 I’ll start with the first and second chapters of my life.  Just a bit about myself and my family, my current work situation, and then some of my hopes and dreams as I move into the third chapter of my life.

I was born in the city of Seattle in 1959.  In the summer of love (1969), my dad was a Seattle firefighter, and my mom a seamstress and homemaker.  They decided to build a home for my brother, sister, and me in a rural area near a small town called Snohomish, in Washington State.

We moved from suburbia to a rural environment.  We were city kids but we excitedly joined 4-H and got all kinds of animals, including dogs, pigs, chickens, a baby calf we called Ferdinella, Suzie the goat, two ponies, and my horse Tessie.

I attended school in Snohomish and that is where I met my boyfriend Mike.  It was in the summer of 1975 when I was sixteen at a roller fair dance in Everett.  In those days it was typical to play records at the roller rink and kids would hang out.  We dated for five years.  My only boyfriend and “high-school sweetheart” became my husband in March of 1980.  We’ve been married for 40 years.

In 1980, inflation was high and so were the interest rates.  We purchased a tiny 864 square foot starter house for $59,250.  The interest rate was 14%.  In that era, lenders were counting on rapid inflation and there was something they called negative amortization.  Every month that we paid payment, we owed more on the principal!  With runaway inflation, the thought was that the increasing value of the house would keep up.  Not a good plan.  Had we continued to pay for that mortgage for the full 30 years we would’ve paid $1.3 million for a $60,000 house. 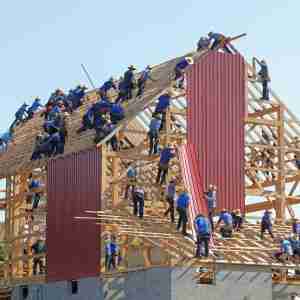 Early in our marriage, we decided that the best thing that we could do was build a house ourselves.  Never having built a house before, I think for a young couple we were fairly brave.  In 1985, we purchased a mobile home that was 14 x 70 for $5000.  It was really rough and we placed it on a piece of property that we purchased from my husband‘s parents.  We spent the next two years building the house ourselves while living in the mobile home.  Every morning, my husband would get up, work on the house, he would go to work at the phone company, then he would come home and after dinner work until 10 at night. It took us two years to prepare the land and we moved in in January of 1987.  Building with two toddlers was so hard but we finally finished and I was never so happy as the day they hauled that old trailer down the road.  This is the very same house we live in today.

For my job, I started working for Snohomish County Planning and Development Services in March of 1977.  I began as the receptionist and then shortly moved to the front counter assisting permitting customers.  We had two kids, one in 1982 and the other in 1985 and from the time they were born until they began junior high, I worked part-time and job shared with another young mom.

When I was working part-time I wasn’t eligible to contribute to the state retirement system for public employees.  However, the benefit of remaining employed, even if it was part-time is that I retained my seniority, continued training, and was able to apply for promotions when I began full-time employment again.  When the kids were older and we anticipated needing to help pay for college there was a huge motivation to go back full time!

Once I returned to full-time employment, I was able to navigate opportunities and serve in many different roles.  I think I have had well over 16 distinct jobs all within the same department.  I was fortunate that a mandatory 6% percent of my pay has deducted from my paycheck since 1977.  This was then matched 100% by my employer and is administered in the Public Employment Retirement System (PERS1) for Washington state.  This will provide me with an annuity at retirement.  I have also been able to use deferred compensation in the past ten years that was placed in a 457(B) account with a 1% employer match.  This is analogous to a 401(k) but for the government.

Besides working at the front counter, I have served as a planner, senior planner, and supervisor in land use.  I also began working on business process and technology projects in 2004.  As a baby boomer, I don’t have a technology background but I loved working with people and doing strategic projects. Because I have an understanding of the permit process, I was assigned a leadership position to move our organization to a new reality.

At that time, our department was a very paper-based organization.  If you have ever been to your local building and planning department you will see thousands of files and rolls and rolls of construction drawings.  With a population of over 800,000 in our county, we have millions of records.  Because we are just north of the city of Seattle we are a bedroom community for King County employers.  At several times in our history, we were one of the fastest-growing counties in the nation, issuing well over 10,000 permits per year.

I was fortunate to work for visionary elected officials who made it a strategic goal to be able to issue permits and process structural plans and applications electronically, long before other local governments thought it was possible.

For the past 16 years, through many collaborations and partnerships with other organizations and staff teams, we have been successful in being able to bring permitting services electronically to our customers.  I was the business process and technology manager and my role were to find ways to serve our residents and customers with higher levels of customer service.  I loved my job and assumed that I would retire as a manager.

However, in the fall of 2015, there was an election and after that election, the new county executive appointed me as planning director.  In January of 2016, I was suddenly responsible to lead a diverse department of 130 employees. We administer all of the land-use codes, review, issue, and inspect development and building permits, and conduct code enforcement investigations.  We have internal support within our own department including budget and finance, a mapping (GIS) division, human resources, training, a technology team, and public records.  We even house the Office of the County Fire Marshal with commissioned fire investigators and inspectors.  We also have the responsibility to plan for the next 30 years under Washington’s growth management act, so we have a long-range planning department that includes planners specializing in community engagement, demographics, code writing, and policy development.

I was so nervous and so worried about taking on a leadership role but I thought, “how many times in your life do you get an opportunity like this at the end of a 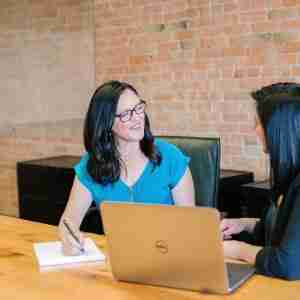 career?”  In my field especially, “how often has there been a woman planning director in a county of our size?” Up until now, never.  My desire was to grasp this unprecedented opportunity to lead in a different way.

There has been lots of leadership volatility in our planning and building department over the years because it is a political appointment by the county executive.  By the time I became the director there had been over 20 directors during my tenure.

As a government agency, it can be difficult to provide good customer service.  I was excited that I could lead the department to encourage our team to treat people with respect, transparency, and encourage public participation.  Our mission is to help residents believe that the government can provide services with professionalism, compassion, and empathy.

As I now approach the end of my career, I’m so grateful for the opportunities that I’ve had.  I believe that I’ve been successful in leaving a legacy for others to continue with in terms of being a leader in customer service and electronic permitting.  Even so, I know I’ll miss the intellectual stimulation, the problem solving, and the strong relationships I have formed.