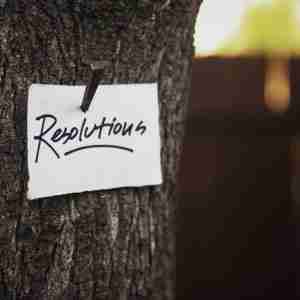 The last few weeks before retirement have been a blur.  There are many things to close out, wrap up and transfer to others.  It seems strange to complete several weeks of time cards, sign them and move them along for the next signature. After the last one was signed I had this strange sense of, “I’ll never work here again or need to complete another timesheet.”

Then there were the emails. As a public agency we are subject to the state’s public records act; which means that everything I do, say or send in my role as a county employee is subject to disclosure.  All of the emails that I write, unless they are transitory, must be retained forever. However, the emails I receive don’t need to be retained because they are saved by someone else. The last few weeks I have worked to organize it all and not leave a huge mess for our public records officer to search through later. But as things were either saved or deleted it carries a feeling of finality, “in a few days I won’t ever be doing this again.”

After that, there were nearly daily “last” meetings where people would say goodby.  These are for committees that I either chair or attend on a regular basis.  Something that was unexpected was when the County Council and the County Executive adopted a Joint Resolution.  This is a legal document that is not a motion or an ordinance but rather “the official expression of the opinion or will of a legislative body.”

I was invited to the meeting in advance and of course due to the pandemic it was held virtually by Zoom. While I shared with my family that I was going to be recognized, everyone was working.  However, at the last minute, my daughter was able to leave her weekly staff meeting and get on the call.  This would be a surprise to me during the session because I couldn’t see the attendees at the meeting.

I am so grateful for this recognition by our elected officials.  The resolution itself was long and very detailed and acknowledged my years of service and noted specific accomplishments.  Seeing it all in writing is making my departure very real.  Here is a link to the resolution:

What became emotional and overwhelming were the words of affirmation during the regular meeting from members of the county council and the elected official I work for – the County Executive.  When they asked if I had a daughter and said her name, I said yes, and then there she was on the screen addressing the council along with my grandkids. I nearly cried with surprise to see her.

Here is a link to the County Council Administrative Session.  My agenda item was the first thing on the schedule for that day.

Many of my goodbyes have not been in such a public forum but this one will be retained on more than the public record forever. For me, this was an eternal moment that I’ll never forget.  The kindness and support I received from the elected officials I have served were so humbling and special.  I know they are very busy working hard during the pandemic to bring relief to our residents, so the fact that they took the time to recognize me as I retire is incredibly thoughtful.

After 44 years, my work is complete.  I feel proud of my long career and know that in a few days I’ll need to say my final goodbye. I’m not sure I’ll be fully ready, but for now, there are a few things to wrap up.