A Tale of Two Grandmothers

As I look forward to my retirement, I’ve been thinking about family and my two grandmothers.  One really just gave up way too early in her late 50’s and then lived 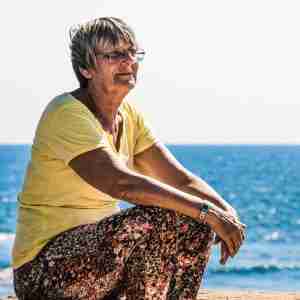 longer than she thought she would.  Her quality of life was not great. It was almost as if she was just waiting to die.  As she lay dying, she expressed regret that she didn’t do more during the last 25 years of her life.

When I was a child I observed her and how she treated people.  She was critical, bitter, and constantly complained.  My grandfather waited on her and it was never enjoyable to be around her.  She was very self-focused and put her own needs before anyone else’s.

I never really felt close to her and can’t remember ever receiving a card or a note or even a kind word.  I distinctly remember when I was about eight years old deciding “I never want to be like you!”

In contrast, my other grandmother was active and fun.  She was kind and welcoming.  With an amazing sense of humor, she made up silly little songs, cared for others, and made us feel very special.  Every Sunday, she cooked and served a simple but delicious meal to anyone who showed up.  All were welcomed to the table and there was always enough.  Family, friends, and even neighbors knew that they could enjoy a relaxed meal.  No one was turned away, you could just show up.

My grandmother never missed a birthday for her children or grandkids and sometimes using her drawing talent she would create a special card. She loved limericks and wrote us funny little poems.  She served others in her community and especially her church.  She sang in the choir and shared her gift of music with shut-ins and those in nursing homes. She was strong and physically active and worked hard in her garden.  Like her mother, she made homemade bread, canned her own produce, and created delicious desserts.  Some of my most cherished recipes are written in her hand and were shared with me at my bridal shower over 40 years ago. 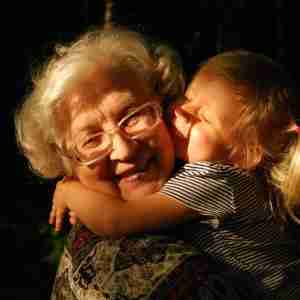 We spent most family holidays with this grandmother.  We tried to never miss seeing her, especially on Thanksgiving, because her birthday always fell near the holiday.  When I think of her, I smile.  Joy and laughter were always in abundance.  I distinctly remember deciding as a little girl that “I want to grow up to be like you!”

The contrast between the attitudes of these two grandmothers was stark.  As I approach my retirement years, I now understand how important it is to choose a positive attitude. I grasp how choosing laughter and joy contributes to better health and a sense of well-being.

Looking ahead to my retirement in the next six months, I am making a conscious decision to choose connectedness rather than criticism, fun instead of frustration, adventure instead of Advil, and gratitude instead of grief.  The examples that I observed between my two grandmothers have shaped who I am and guided me.  I don’t plan on living the next decades of my life in a way I will regret.